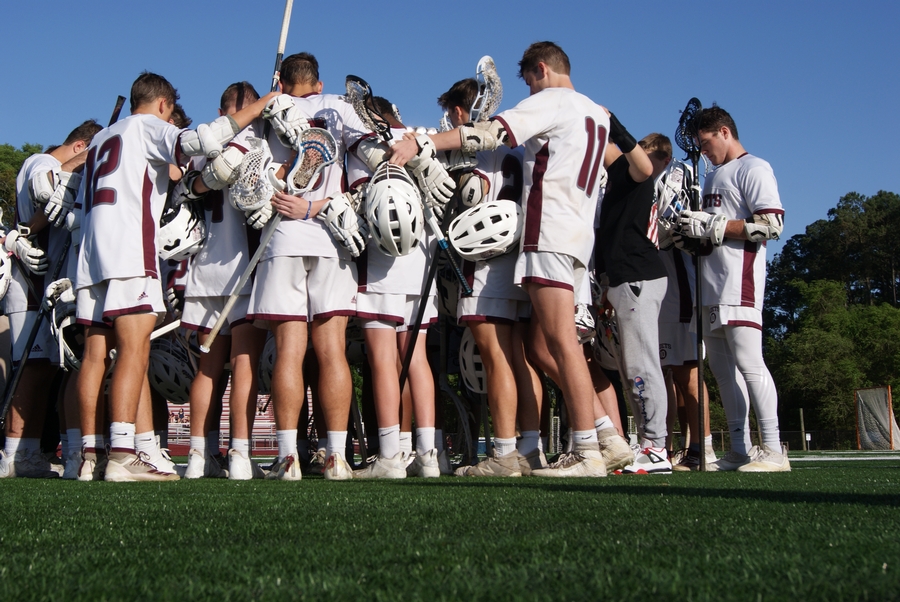 The Benedictine Cadets enter the lacrosse playoffs with a tremendous chip on their shoulder when they square off against McDonough’s Ola High School on Fr. Albert Field this Thursday at 6:00 p.m. Despite beating the Richmond Hill Wildcats last Friday in a slugfest to claim a region championship, the Cadets enter this next match as the underdog.

“Winning region was the standard for the team,” said senior Charlie Estabrook, “but we will take the playoffs one game at a time.” Estabrook pointed out that Richmond Hill had a strong team, and facing them was a “great taste for what to expect in the playoffs.”

Senior Valerio Magliulo also stressed that Richmond Hill was a strong challenge for the Cadets, and he was very proud to take the victory over the Wildcats.

Magliulo said the win was especially satisfying because the Wildcats scheduled the Cadets as their Senior Night game, hoping for an easy “W.”  Richmond Hill’s squad also ran out to the Cadets’ usual walkout song, “I’m Shipping Up To Boston” by the Dropkick Murphys. He said, “as a team, we felt insulted, so we went all in.”

The season also brought victories against some strong teams in Augusta, which built the Cadets’ confidence.
After the Region win, Magliulo felt convinced that this year’s team is a formidable group of young men and should not be taken lightly. Magliulo noted that they have “shocked a lot of people so far and plan to continue doing so in the playoffs.”

Magliulo said that facing stiff competition this season has helped the Cadets “bond as a team.” He said that this bond is special, and hopefully, the tradition of brotherhood provides some playoff magic. He pointed out that lacrosse is a team sport, and it is important to play for the guy next to you.

Estabrook said that he does not remember the last time BC lacrosse has won a playoff game, but he feels like the Cadets have a great team that can make a run in the playoffs and possibly contends for a State Championship. Estabrook said that being a senior makes it especially satisfying to leave a mark on the team as a whole.

Estabrook stated that a huge part of the energy this season has been the fans and that “we play better when the fans travel.” Estabrook concluded, “we want to bring that same energy into the playoffs, so please come out and show your support.”

Lacrosse has often been called . . .

The Benedictine Cadets enter the lacrosse playoffs with a . . .

Number 10 Lives on through Benedictine Lacrosse

Benedictine Military School is rich in traditions, but BC Lacrosse . . .