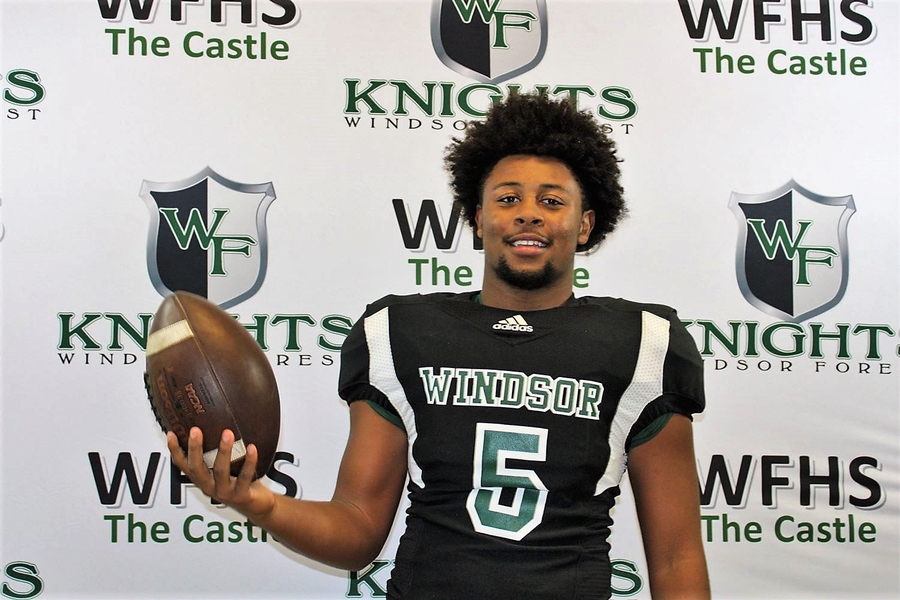 The reigning Region 3-3A Offensive Player of the Year is back for a healthy dose of carries on Savannah’s southside this fall.

Mike Cabellero is that rising senior running back at Windsor Forest with scholarship offers from Eastern Michigan and Savannah State to his credit. He is considered one of Savannah’s top returning skill players this season and a strong argument can be made for his being the area’s best returning running back regardless of class.

In the de-facto “City Championship” game versus Islands to close out the COVID-19 shortened 2020 regular season, Cabellero rushed for 127 yards on 14 carries to lead the Knights to a big victory over their non-region rivals.

The Knights shared the city's public school crown with fellow 6-1 finishers NHHS and IHS. Cabellero was consistent from start to finish in the Windsor ground game. He also stars on the basketball court where he plays as a reliable, steady hand at the point guard position for head coach Aaron Clark’s club.

For WF head football coach Jeb Stewart, “Cab” is a senior star in the backfield and perhaps the Knights’ key to winning plenty of games on Friday nights this fall.

The Benedictine Cadets have found their footing . . .

Savannah Quarterback Club Hands Off Week 3 & 4 Players of the Week from BC, Islands, & Savannah High

Four student-athletes were selected by as Offensive and Defensive . . .