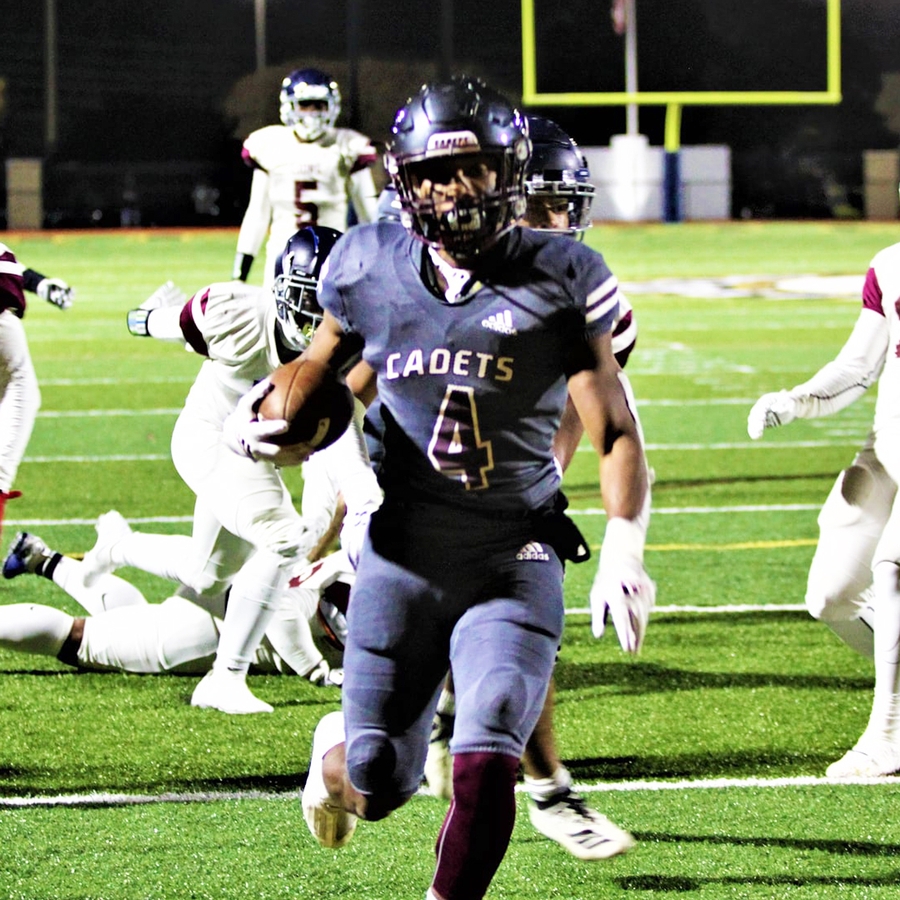 It's been a prestigious award in Savannah, Georgia, for over 45 years. The Annual Michael Finocchario Memorial Outstanding Football Player Award. The Finocchiaro Award is presented annually to the top high school football player in Savannah Chatham County. The award winner is voted by all private and public high school football coaches and media members. That's what makes it so unique. It is a tradition, the winner(s) would receive their award at the respective school's annual football banquet.

Robicheaux shared the trophy. Thomas becomes the fourth player to win the prize in back-to-back years. Thomas joined Joey Boaen of Savannah Country Day, who won in 2001 and 2002, Franklin Green of Jenkins (2006, 2007), and Chris Barnwell of Savannah Christian (2008, 2009).

Why did Justin, who plays running back, defensive back, wide receiver, and kick returner win the award again? His statistics stood out. Thomas, as a runningback, has scored in 11 straight games; he has 1,160 rushing yards and 23 touchdowns. As a receiver, Thomas had 35 catches for 659 yards and nine more scores. As a defensive back, he has 35 tackles, five interceptions, including one for a touchdown, and as a kickoff returner, he returned one for a score, which gives Justin 34 total touchdowns on the season.

Just a side note, Justin signed his National Letter of Intent to play baseball at the University of Georgia back on November 10, 2021.

The WSAV Blitz Border Bowl IV - Who's Playing? Who Wins?

Who gets one last chance to put the pads on to play a high school football game? . . .

Winston Wright will play for FSU after three years at West Virginia. . . .

Where are they Now? "16" Former Athletes with #912 ties on National Championship Rosters!

Over 4,600 Georgia players on all levels of college football rosters - 162 from Savannah, GA

Ever wonder where high school football players are playing at the . . .

Where Is the Basketball Bouncing Tonight? Who’s Ranked in Prep Hoops?