The Savannah Chatham County Public School System conducted its first week of games in the GHSA’s fifth week of action on Friday, Oct. 1 around the city. Islands earned its first ever win over a top-10 ranked team in the state, knocking off Class 4A No. 6 Jenkins, 26-8.

Now ranked as the Atlanta Journal-Constitution’s No. 10 team in Class 4A, the Sharks (1-0) open the local Week 6 action with its first ever game at the new SCCPSS Islands Stadium on Thursday at 7 p.m. against Johnson (1-0). Jenkins will also need to rebound on a short week, as the Warriors (0-1) take on Beach Thursday at Memorial Stadium (7 p.m.).

But, despite the public schools returning, it was Savannah’s private schools who stole the spotlight in Week 5. Savannah Country Day, Calvary, Savannah Christian and Benedictine all won last week.

Here’s a look at some of the best games in the area for Week 6.

A full schedule for games this week can be found below.

The long awaited showdown between top-3 teams in their respective classifications is finally here.

Kickoff between the Atlanta Journal-Constitution’s Class 4A No. 3 Cadets (5-0) and Class 5A No. 3 Gators (4-0) is set for 7:30 p.m. in Waycross. The game will be broadcast on WSAV-CW as well as being live online for free, streaming at WSAV.com.

Benedictine is coming off of a road win at Wayne County last week in Jesup. The Cadets won 41-29 as Holden Geriner was 16 of 20 passing for 215 yards and four touchdowns. Senior receiver Trent Broadnax, a Duke commit, had six receptions for 95 yards and three touchdowns.

Last week, Ware knocked off Bainbridge 35-30 after trailing 23-14 in the third quarter. Junior quarterback Thomas Castellanos rushed for 166 yards and a touchdown and was 16 of 26 passing for 296 yards and three touchdowns.

It was the eighth win for Castellanos against a top-10 team and the dual-threat being recruited by Georgia Tech and Kansas (among others) has 3,265 yards passing and 2,264 rushing in his career as a Gator. He is a state player of the year candidate and was named the Georgia state player of the week by Georgia High School Football Daily for Week 5.

What a way to enter Week 6 for the Hornets.

SCDS went on a 28-point scoring spree in the fourth quarter and took the lead for good with a Barry Kleinpeter rushing touchdown with 11 seconds left on the clock. Kleinpeter also tossed a TD to Kenny Odom earlier in the contest.

The Hornets trailed 24-14 with 3:44 remaining, scoring two touchdowns thanks to an onside kick recovery in the middle of the scores.

Stratford Academy now comes south to Savannah for a revenge game of sorts for the city of Macon. It’ll be the first home game of the season for head coach Jim Collins and Country Day.

The Eagles are entering with a record of 1-1 on the season and SCDS knocked them off last year in Macon.

The Cavs (3-2) have lost twice on the season, both times to Class A-Private top-10 teams.

Calvary fell in Week 1 at No. 2 Prince Avenue Christian (4-1) before losing two weeks ago at No. 7 North Cobb Christian.

SCPS enters this week’s game at Pooler Stadium with a record of 4-1 after a road win last week in Albany. The Raiders knocked off Deerfield-Windsor in impressive fashion, winning SCORE.

Spencer Robicheaux has thrown for 1,048 yards and 11 touchdowns (three interceptions) and George Futch has 23 catches for 498 yards to lead the Raider offense. Futch received a scholarship offer, his first, from Savannah State this week.

(All kickoffs 7:30 p.m. unless otherwise noted) 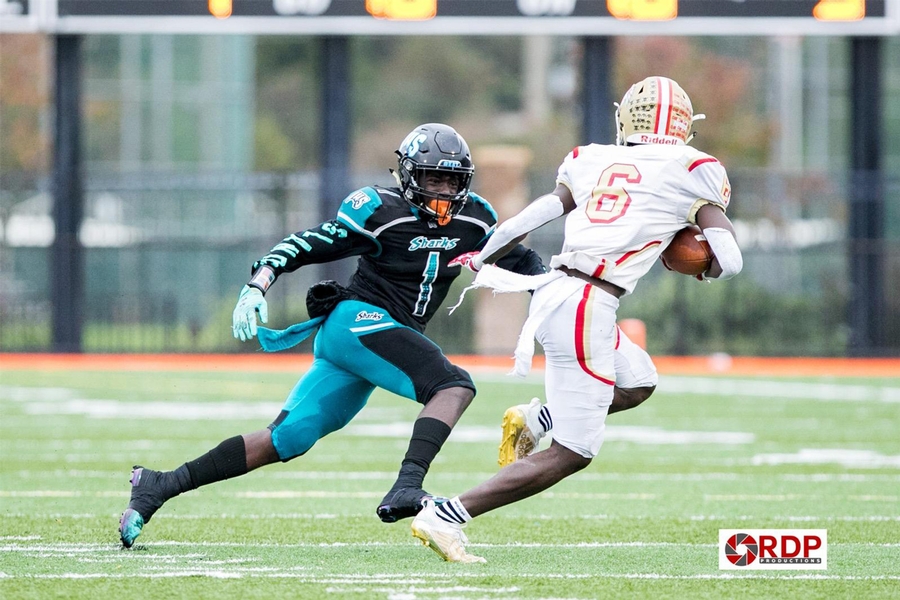