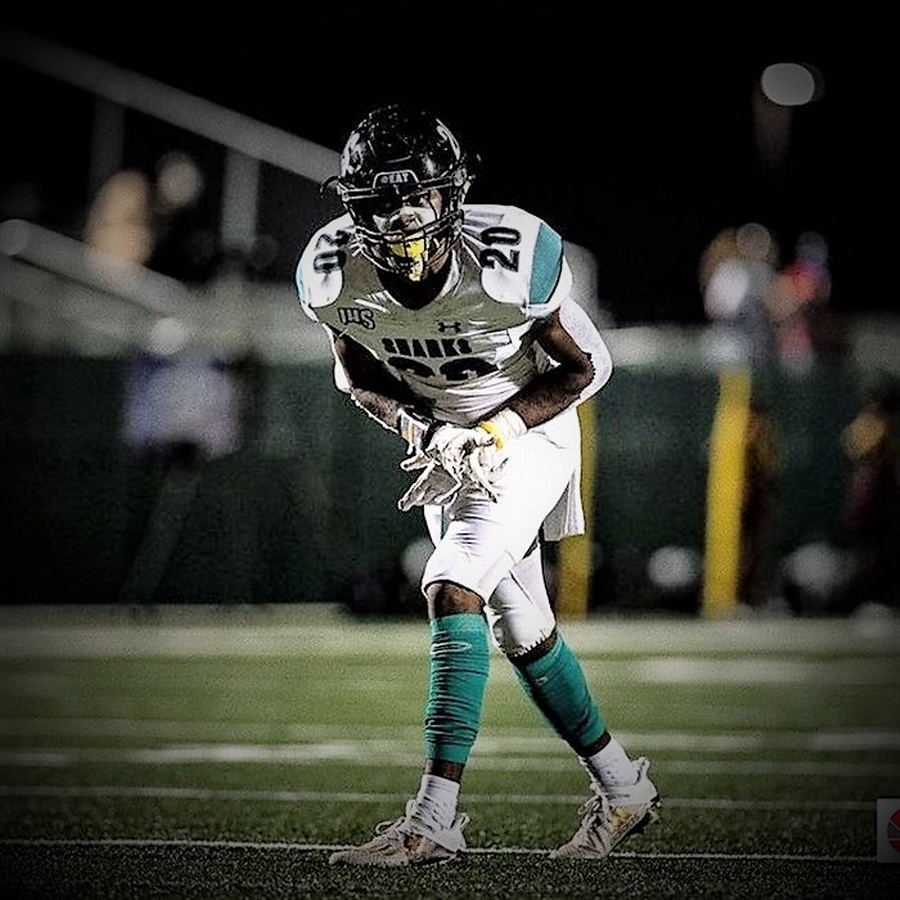 Islands High School football has at least one offensive position on its depth chart decidedly written-in with permanent, teal ink.

Wide receiver Langston Lewis returns for the Sharks in 2021 and he is among Savannah’s top skill-position players as a prototypical wide receiver with plenty of experience behind him. The rising senior standout is committed to play next year at Central Michigan University and he’ll line up out wide on nearly every snap this season for Islands.

A “Go-Up-And-Get-It” receiver, Lewis plays with a motor that had college coaches salivating and local defensive backs panicking all of 2020. He was a key piece in the Sharks’ historic season which included a first-round playoff win in head coach DeShawn Printup’s first season.

It was the first playoff victory in IHS football program history.

Don’t bet against him.

The Benedictine Cadets have found their footing . . .

Savannah Quarterback Club Hands Off Week 3 & 4 Players of the Week from BC, Islands, & Savannah High

Four student-athletes were selected by as Offensive and Defensive . . .