The Windsor Forest High School basketball team started the game behind before the game tipped off. The Knights were playing without their second-leading scorer again, junior Qurhan Anderson. Anderson has been injured over the past two weeks. Windsor trailed early and often to their Georgia High School Class 3A final four opponent, Thomson High School. After one quarter, the Knights were down by six points, 25-19, but cut the lead to 34-32 Thomason at halftime.

After the game, Windsor Forest Head Coach Aaron Clark said on social media, "We talk about it all the time. We just don't get loose balls. You have to get them. We need every possession, and the guys really listen to that." The Knights did as they outscored the Bulldogs 28-19 in the second half to earn the 60-53 win.

There were a lot of points scored by Knight's senior class. D'Ante Bass had 13 points, Javonte Landy had 11, Abasi Scott and Mike Cabellero scored nine points each. The Knight who gave Windsor the lead for good was junior Dorman, who scored eight points in the second half.

You could tell in a post-game interview on social media Knight's Head Coach Clark knew how much the team needed to win. Clark said, "For us it means everything. I mean, we've been to two final fours already. This is our third in the last four years. So for us to get to the game, it means everything. This was the biggest game in Windsor Forest history."

The road for Windsor to the GHSA Class 3A championship has been challenging. The Knights had to knock off #1 Sandy Creek 47-37, #2 Sumter Co. 47-41, and #5 Thomson 60-53. Windsor was ranked on and off as the #1 team in Class 3A all year before finishing as the #3 team going into the state playoffs by the source for GHSA basketball, Sandysspiel.com.

It comes down to this Friday in Macon for the state championship. Windsor will face Cross Creek high school, which defeated A.E. Beach 52-43 in the other final four-game to prevent an all Savannah Georgia Final. Cross Creek is the defending state champion and beat Windsor last year 77-76 on a controversial no-call to end the game of last year's final four matchups. 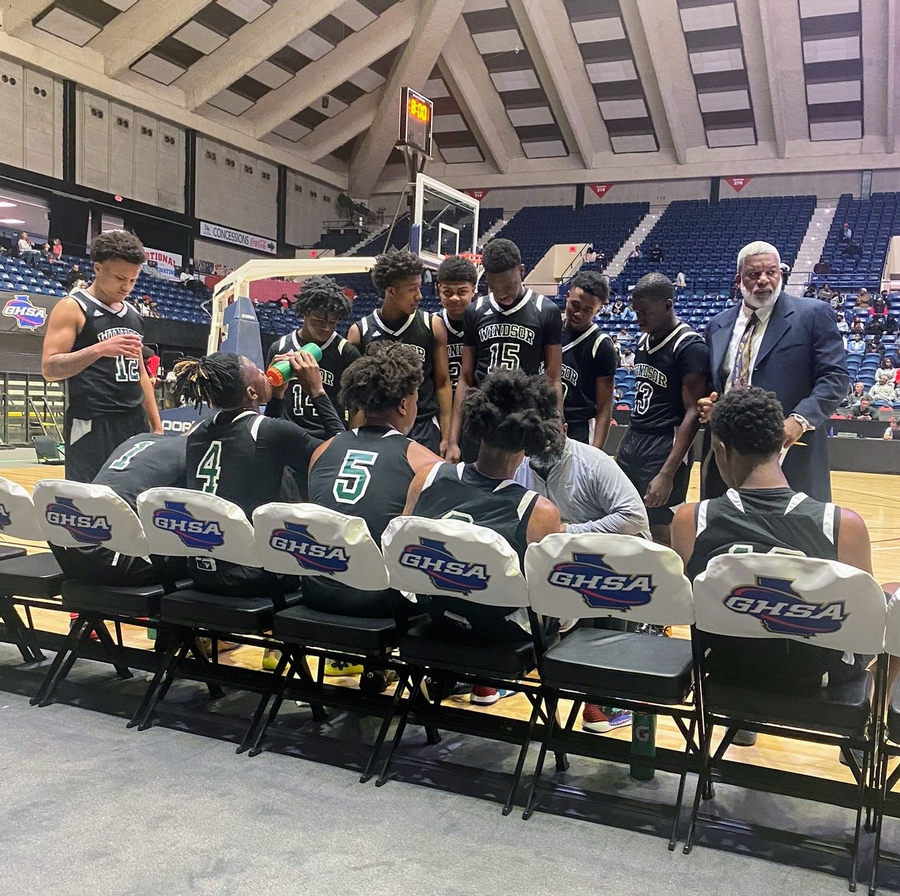 Windsor Forest fell one game short of its . . .

The 2022 Georgia High School Association Class 3A state basketball championship is a matchup . . .