On the boy's side, the top three runners. Dylon Overbey, Corey Adamski, and Ravi Reed were feeling the pressure. Coach Sybert stated," There is pressure, but it is more taken as an expectation that the kids want to live up to as part of the cross-country program. But the challenges make us all the better in all aspects of life, and the kids like this challenge."

These three runners were tasked with facing the top three South Effingham High School Mustangs runners that had bested the Wildcat runners on the same course, at the Hill on Wheels Fishy Invite. The Mustangs runners placed 1st, 3rd, and 5th, respectively, before any of the home course runners from Richmond Hill finished. Junior Dylon Overbey has been the top Wildcat runner over the last month.

The rain clouds rolled in, and the start of the region championship race was delayed as the runners waited for thunderstorms to push through the area. After the rains left, the wooded trails were sloppy and difficult to negotiate. Before the race today, Wildcat Head Coach Levi Sybert asked the boys to remove their wrist watches and told them they were running for places and did not want the runners to worry about times. Senior Corey Adamski showed great leadership and experience with tactical moves during mid-race and managed 2nd overall on the heels of South Effingham freshman runner Tyler Phillips. Juniors Ravi Reed Dylon Overby both stepped up and placed fifth and sixth.

What should be noted Ravi Reed started the season on the Wildcats JV squad and slowly earned his place on the competitive varsity squad. His efforts at the region championship prove handwork pays off. Altogether, six Wildcat runners finished in the top 10 to give the Wildcats the GHSA Region 2-6A Championship for the eight-straight year. Senior Jacob Mitchell finished 7th, followed by freshman Noah Sybert in 8th and Memphis Rich crossing the finish line in 9th place.

When Coach Sybert was asked who has been a surprise for the team this year? He responded freshman Noah Sybert and Memphis Rich.
Coach Sybert said, "These two freshmen have held the upperclassmen accountable. They both are the fastest freshman boys to ever come through our school by far. It is so funny to hear them tease the upperclassmen when they beat them now and then. They are a surprise for sure, but they are just one cog in the group that keeps it moving forward."

The Lady Wildcats also had an amazing showing at the region champioship. While the top finisher was from South Effingham Candice Kieffer, the Lady Wildcats placed five runners in the top seven, and all received state qualifying honors and medals. This group of girls were led by junior Reese Wilson who placed 2nd overall. Wilson was followed by sophomores Caroline Cameron in third, Savannah Goode in fourth, junior Emily Carter in sixth, and senior Mackenzie Winkworth in seventh. The team is quite different from the team that started the season. The Richmond Hill Runnin' Lady Wildcats were plagued with injuries throughout the season. They managed to prevail together to capture the 2-6A Region Championship for the 9th consecutive year in a row.

To cross the finish line, the Richmond Hill Runnin' Wildcats will head to the GHSA 6A State Championships this week and will take to the course in Carrolton, Georgia, this Friday, November 6th. The boys will run at 12 noon, followed by the girls at 12:45 pm.

Coach Sybert gave the PSR his outlook for his teams at the GHSA state championships. "The boys really want to win, and the girls really want to prove they are now marching in the right direction. The boys have to have a career-best type of day to get their goal, and they are super focused on it right now. It is exhilarating to be a part of a group of young adults focused on an overreaching goal that they want to get with the help of each other," said Sybert.

To say the Richmond Hill High School cross country program is on the right course... . . .

St. James’ John Dodson Runs Away with the South Georgia’s MS Runner of the Year

Dodson is one of the fastest runners in the state of Georgia, regardless of..... . . . 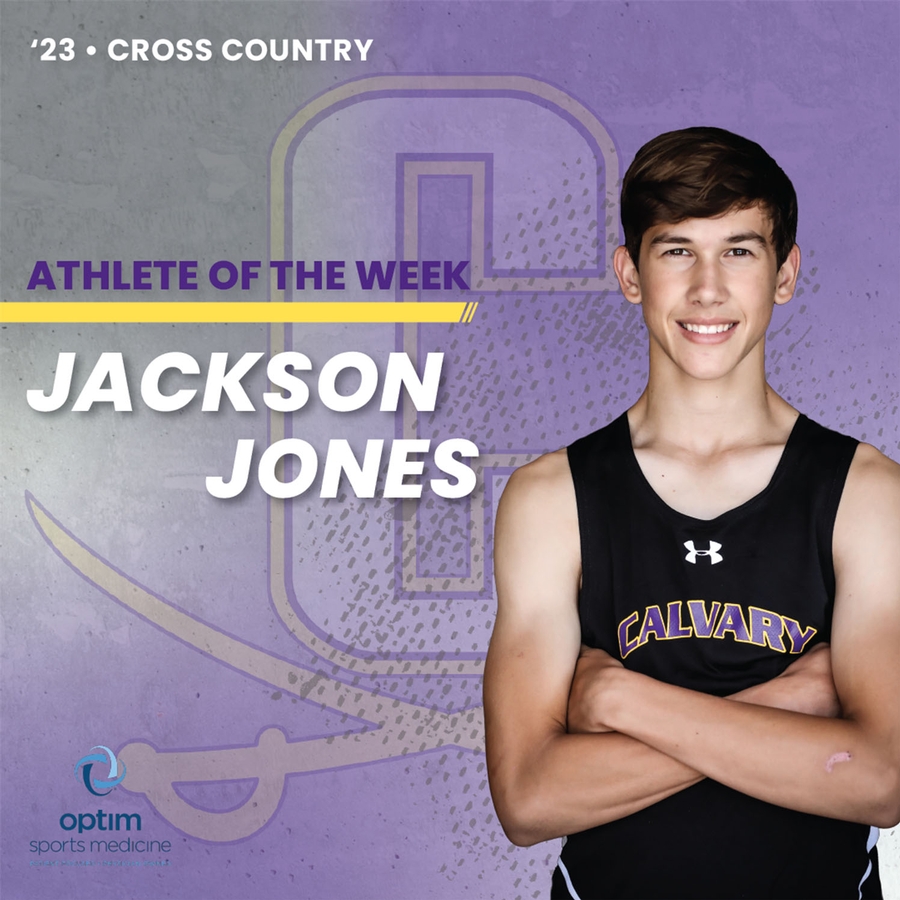