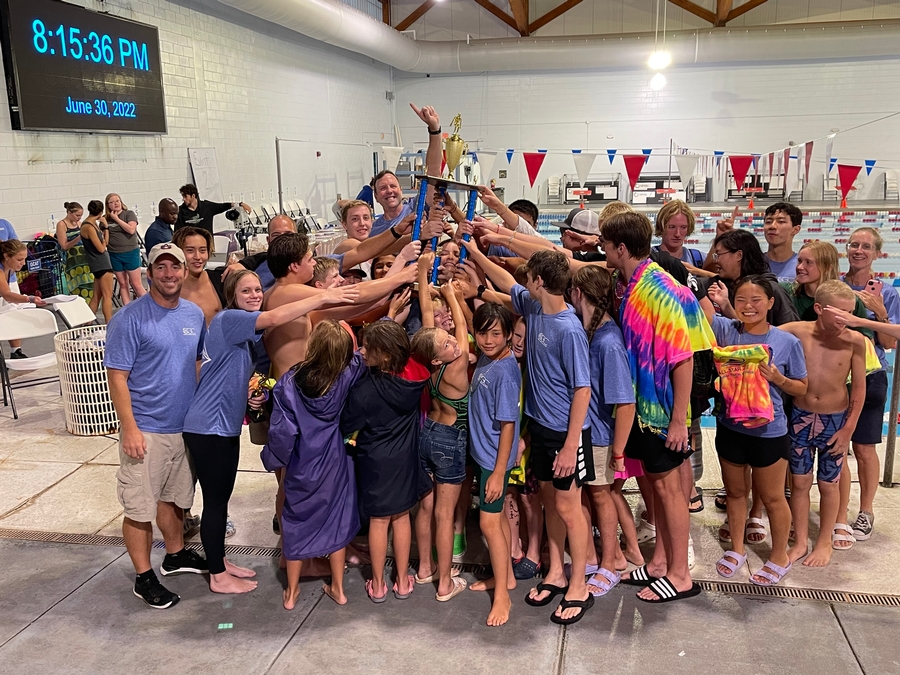 Area swimmers in the Savannah Coastal Swim League (SCSL) wrapped up their season in late June at the Chatham County Aquatic Center with two events that were a success by all accounts. The Rising Stars meet was held on June 29 for novice and developmental swimmers and the City Championship on June 30 concluded another excellent season for Savannah’s premier aquatics league.

Rising Star Swim Meet is designed for swimmers that may not win during the dual season, but have a chance to shine as rising stars. City Championship Meet swimmers must achieve a qualifying or "cut" time to participate. The time standard was based on the top 50-percent of swimmers competing by age group and gender. This season, swimmers must have met the time standard in at least one stroke to compete at the City Championship Meet.

More than 300 competed in the City Championship and more than one hundred participated in the Rising Star meet.

"As a summer league coach, it is so much fun to watch the athletes learn how to improve their strokes and push themselves to beat their best time. Kids love being part of a team, making new friends and they look forward to it year-round."

Since 1967, the swimming scene in this area has been largely organized and orchestrated by the SCSL. Providing youth swimmers with an opportunity to learn, train and compete in the pool, SCSL had nine teams and over 500 swimmers this summer. The mission of the Savannah Coastal Swim League is to promote competitive youth swimming in Savannah/Chatham County, Beaufort, Richmond Hill, Pooler and other surrounding areas.

It was a record breaking day for the first place finishers in the City Championship meet. Savannah Golf Club Stingrays had nine swimmers tie or break previous records for the event. A full list of those records can be seen below. To find out more information about SCSL by visiting them on Facebook or by emailing savannahcoastalswimleague@gmail.com.

Over 60 years making a splash the Savannah Coastal Swim League

The Savannah Coastal Swim League has begun another season in . . .

St. Andrew's Van Brunt Back to Back Swimming GISA Titles

This past weekend, Savannah-area high school swimmers made a big . . .