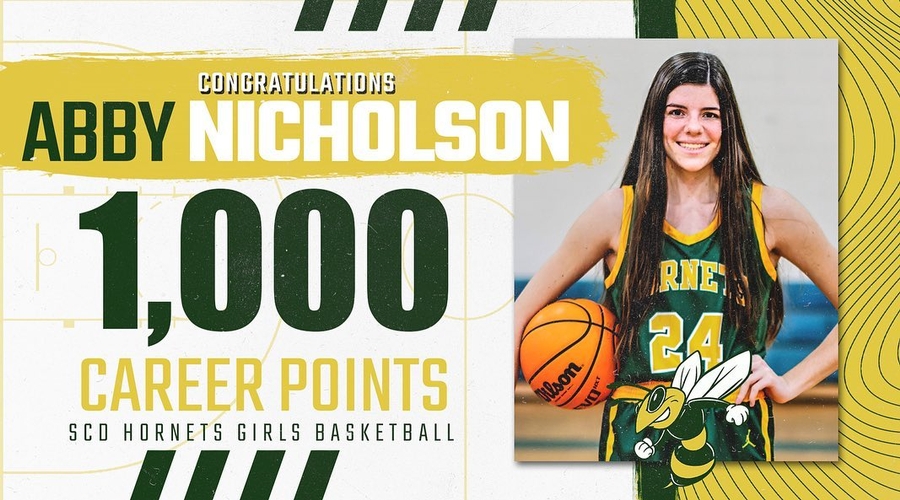 Abby needed 201 points this season to become the tenth Lady Hornet to score 1000 points in program history. By scoring 19 points on Tuesday, she now has 1,001 points. As a freshman, she scored 89 points, in her sophomore year 378, and as a junior last year 332.

Lady Hornets Head Coach Amy Brooks said, "Abby is a terrific basketball player and an even better teammate. She wants nothing more than for her team to succeed. I love coaching her."

Nicholson is a first-team All-greater Savannah Morning News volleyball player and basketball player. The 6-foot-1 senior was named to the GHSA Class 1-A Private All-Region 3 first team in volleyball and played middle blocker for the Hornets. Abby averaged 13.9 points, 8.9 rebounds, 1.6 steals, and 1.4 blocks per game last season as a junior, helping the Hornets win the Region 3-A Private regular season title.  Abby has committed to play volleyball for Lafayette College in the Patriot League, a Division I program located in Easton, Pennsylvania.